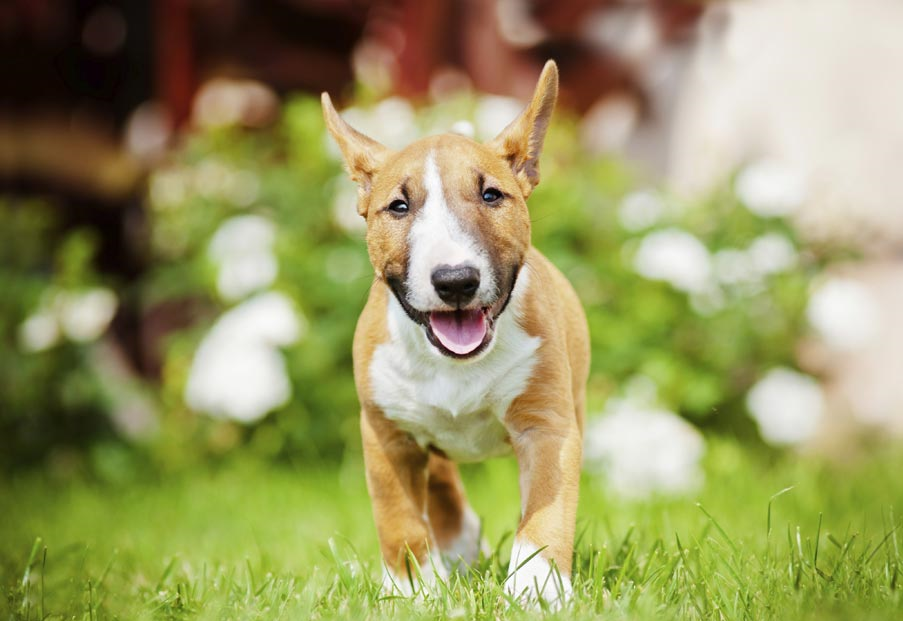 Bull terriers aren’t the most common breed, so it’s no wonder people are so interested in learning about them, especially when they get to meet one of these energetic, unique-looking dogs in person. To help you become better acquainted with the breed, we’ve assembled a list of things you may not have known about bull terrier puppies: